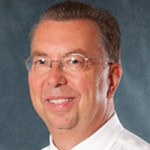 Dr. Arndt enjoys all areas of gastroenterology with a special interest in colon cancer. He is a member of several professional societies, is medical director of the GI procedure center of Advocate Christ Medical Center and serves as a leader of several hospital committees. His philosophy is to not only strive for excellence in the practice of medicine but also concerned and compassionate patient care.

Dr. Arndt has been in practice since 1985 and is accepting new patients.