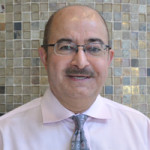 Dr. Ayub completed his fellowship in Gastroenterology and Advanced Endoscopy at Baylor College of Medicine in Houston, TX. Dr. Ayub is considered an expert in the field of endoscopic ultrasound, Gastroesophageal Reflux Disease, Barrett’s Esophagus and advanced endoscopy/ERCP. He has published numerous articles, abstracts and has spoken extensively at national and international meetings. Dr. Ayub has described new techniques of endoscopic ultrasound guided nerve blocks, and written a book chapter on this topic. He held an NIH Grant on Barrett’s Esophagus from 2002 to 2008 and specializes in the management of High Grade Dysplasia. Dr. Ayub has served as Chief of Endoscopic Ultrasound at Baylor College of Medicine in Houston, and has served as the Director of Advanced Endoscopy Fellowship at Virginia Mason Medical Center in Seattle, Washington. He values the importance of educating others on these topics and was awarded a teaching scholarship by the University of Washington from 2002-2003.